When I announced to my French colleague a couple of weeks ago that I was heading off to Paris, she gave me some great tips on her favourite haunts - more on that later - and also loaned me Paris: The Secret History, a book by Andrew Hussey which is a potted history starting with AD 987 and continuing right through to 2005 when the book was published. Being the history lover that I am, I delved right in a few days before I left. And I was still reading it while I visited - in parks and cafes and before going to sleep at night - and turned the final page on the Eurostar trip home.

Why is this important? Because Paris' history lay not only beneath my sneakered feet but more specifically in a couple of the museums I chose to visit over the four days and this incidental reading material brought key events and their protagonsists more sharply into context and focus than any audio guide I could have hired.

So let me tell you a little about my pas de deux with Paris' past.


Musée Carnavalet was opened in 1880 and is the oldest of Paris' municipal museums (and entry is free). It is located in the Marais district (a part of Paris I had not spent much time in previously) in a pair of stunning 16th century townhouses and is essentially an ecclectic display of Paris' past. And it was about a 10 minute stroll from the Chemin Vert Metro in the sunshine, a very pleasant way to start my Saturday.

I started off with the Sign Galleries, their intricacy testament to a time when a large proportion of the population was illiterate and needed a more graphic explanation of what lay beneath/inside. I then meandered through over 100 rooms dedicated to items collected from homes around the city over the centuries, past both painted walls and walls hung with paintings all wrapped around a sculpted, peaceful garden.
﻿﻿﻿ 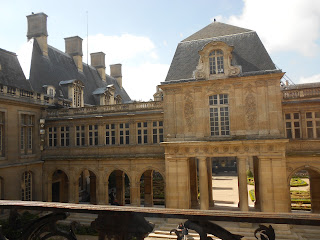 View from the first floor window of Hotel Carnavalet... 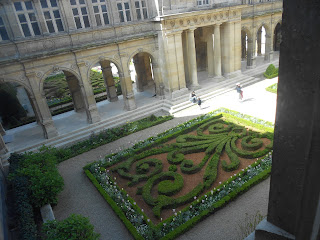 ﻿﻿﻿﻿﻿﻿
Painted walls over the main staircase gallery. The detail and perspective is quite extraordinary. 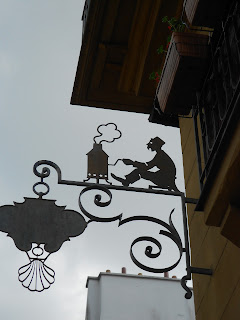 While this was taken in the Latin Quarter the following day, it's the kind of signage on display in the Signs Gallery.

Among the highlights of the visit was the reception room of Hotel de Uzés from 1767, the Fouquet jewellery shop from 1900 and this, the Prince Imperial's cradle presented by the City of Paris to Napoleon III and Empress Eugenie in 1856... 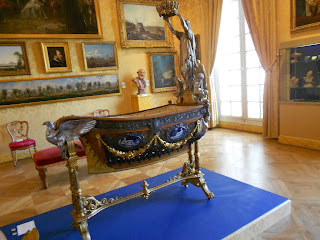 After over two hours here, I (or my aching back anyway) had had enough so after venturing into the sunlit garden for a little guidebook reconnaissance and I decided it was time to wander on. But honestly there is so much to see and read here that it'd be worth a second visit (particularly in light of entry being free) perhaps to delve more deeply into a specific era than skim the surface as I had just done.


The following day I was ready for another parlay with the past and made my way to the Musée National de Moyen Âge (or National Museum of the Middle Ages) housed in the glorious 15th century Hotel de Cluny. Long before the residence of the Cluny Abbots, the Gallo-Romans built baths here and as well as the hotel, the museum also inhabits the old cooling room (frigidarium) where vaulted ceilings and remains of the baths provide an atmospheric backdrop for the displays. 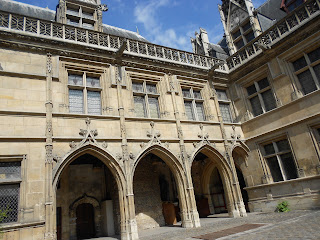 Beautiful architecture in the entrance courtyard. 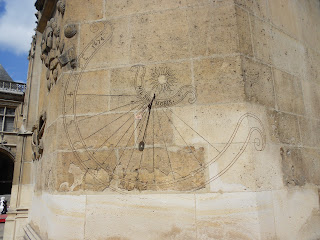 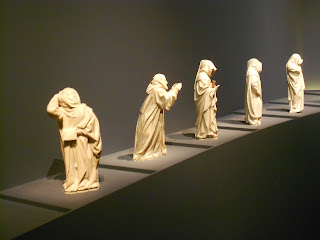 Carved supplicants in the exhibition Tears of Alabaster: The weepings of the tomb of John without Fear duke of Burgundy. 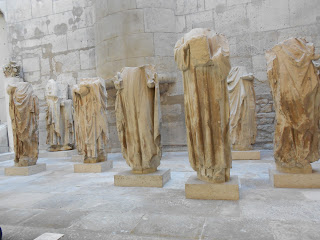 Some of the first displays I came across - I was fascinated but they looked a little eerie to me. 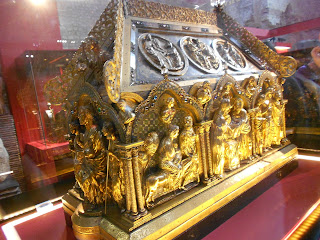 Shrine of the Magi displayed in the old Roman frigidarium. 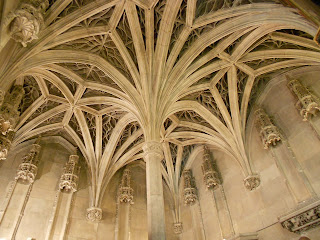 The gorgeous vaulted ceiling in the Hotel de Cluny chapel.

Again I spent a little over two hours and as I visited on the first Sunday of the month, entry was free here too so unbeatable value and not so crowded as I understand some of the more well-known museums (like the Louvre) are on such a day. A word of warning though - one of the must-sees here, the Lady and the Unicorn Tapestries, has been removed while the gallery is renovated. Just as well I didn't have my heart set on seeing this.

On both of these days the journey to these museums took me into some areas I hadn't visited before too. The Musée Carnavalet is not far from Place des Vosges, Maison de Victor Hugo and Place de la Bastille and the Musée de Cluny is right on the border between St-Germain des Prés (shopping, eating, Musée d'Orsay and the Jardin du Luxembourg) and the Latin Quarter (Sorbonne, Panthéon, Jardin des Plantes and the Mosquée de Paris) so there's plenty of variety once I'd had my fill of history.

And plenty to fuel more Paris posts!
Posted by Unknown at 19:11