Travel Broadens The Mind...All About The Readies

Regular Gidday disciples may be expecting some travelling tales to make you green(ish) with envy. But I still have some significant photo culling to do - digital cameras definitely encourage much snap-happy behaviour - so it won't be the subject of this post. You'll just have to be patient a little bit longer.

But you know what it means when I do travel don't you - more facts of life courtesy of BA's business:life magazine. And this time it's all about the readies.

So the nitty gritty is this. 20% more needs to be earnt by families this year than last to maintain living standards.

Not the most joyous of equations is it?  But before we despair too much, let's take a little squiz at where the money is actually going. 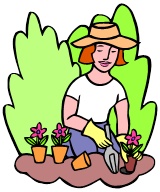 Firstly £7.7bn is spent annually by Britons on maintaining their gardens. I can certainly attest to having admired the glory of British gardens since I arrived here in January 2004 so to my way of thinking, this is money well spent.

Next, 12% of British households pay for domestic help. Let's see: housework vs, well anything else. I think I'll be helping to push that up to 13%  real soon. 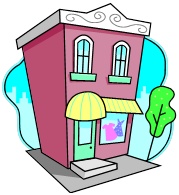 But then we are not watching the pennies everywhere, particularly where the kiddies are concerned with 66% of parents admitting to buying their children clothes they only wear once.  Although let's face it, Primark stuff doesn't last much past the first wash.

And how's this for a kicker. £50m is the annual cost of disposing of junk mail in England. That's getting rid of all of that mostly useless crap that comes through the mail slot. I recycle mine. Does that make a difference?

They say with age comes wisdom. 20% of UK car owners buy their first soft-top convertible in their 50s. 85% of British women over 50 spend more on their summer holiday wardrobe than they spend on their actual holiday and 71% of British grandparents are on Facebook. Sounds to me like grey power is having all the fun.

But with 6 million Britons having no savings - despite 43% seeking financial advice from family and friends (what does this say about the other 57%?) - and 30% giving investment in shares a wide berth, it's hard to see how we are ever going to fund these good times of the future. 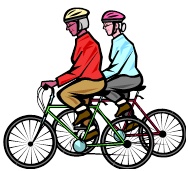 Just as well 2/3 of households have one or more bicycles and 55% still haven't visited St Paul's Cathedral.

I predict a growth in staycations!

That 85% of British women over 50 spend more on their vacation wardrobe than their vacation absolutely cracks me up. They may not like where they are going or what they're doing there, but at least they'll look damn good!

Now we're in Turkey, we spend together in a month what I used to earn on my own in a week. It's not just about the lower cost of living. We just don't buy the crap we used to.

Linda do you think it's because running around in nothing more than a bikini for a week just doesn't hold the same charm any more? I mean I still pack lighter than most but there's definitely more than there used to be (of me and what's in my suitcase!)

Jack, I think spending is a habit - rather than buying what we need (or even want), we're plugged into the spending 'behaviour' and it takes a bit of discipline to break the cycle.